1) Mike Zunino, C, Grade A-: Complete catcher, either the best catching
prospect in baseball or second-best behind Travis D'Arnaud. Power, patience,
defense, great makeup. Does everything.

2) Taijuan Walker, RHP, Grade A-: Some slippage in his numbers, but that's
forgivable for the youngest pitcher in the Double-A Southern League. Still
has premium combination of fastball, breaking stuff, developing changeup,
high upside.

3) Danny Hultzen, LHP, Grade B+: I will be honest, I am not comfortable with
Hultzen's grade or his placement here and may revise it significantly before
the book goes to press. I think it is a mistake to dismiss his Triple-A
struggles too cavalierly. His command was just too poor at that level for us
to ignore, especially given his past reputation and track record. I'm nosing
around about this one and gathering more info and opinion, so stand by.

5) Nick Franklin SS, Grade B+: I trust my eyes on this one, good tools across
the board and the skills are in there. Is he a second baseman or a shortstop?
I'd give him a chance at short. Needs another half-season in Triple-A
following .243/.310/.416 line at Tacoma.

6) Brad Miller, SS, Grade B+: I am actually more confident in his bat than I
am in Franklin's, but he's a year and a half older and that matters. Still,
if anything Miller is underrated nationally. He can really hit
(.320/.406/.476 in Double-A) and he has the range/arm for shortstop if he can
cut down on routine errors.

7) Brandon Maurer, RHP, Grade B: Finally healthy and showed what he could do
with four-pitch arsenal and mid-90s fastball, 3.20 ERA with 117/48 K/BB in
138 innings. Next stop, Triple-A. If he stays healthy, he's a number three
starter.

9) Stefen Romero, 2B, Grade B: Not a tools guy, but just hits and hits and
hits including .347/.392/.620 in Double-A. He's not bad at second base, but
with other middle infield options around in this organization he may shift to
a corner.

10) Carter Capps, RHP, Grade B-: Always tough to know how to grade relievers.
Former catcher hits 99 MPH and reached the majors within a year of being
drafted. Needs command refinements, but definite closer upside.

11) Stephen Pryor, RHP, Grade C+: Borderline B-. Like Capps, tough to grade.
Stuff is almost as good as Capps, and he's another guy with closer potential
if the command sharpens up a bit more.

12) Luis Gohara, LHP, Grade C+: At this point the C+ guys are interchangeable
depending on what you want to emphasize, so please no whining about "you
should have ranked #12 at #16 and #20 at #13." Gohara is a 16-year-old
Venezuelan lefty signed for $800,000 this past summer. He's enormously
projectable and generated loud buzz in instructional league. He could turn
into anything from a number one starter to an injured A-ball washout, but
keep his name in mind. You might hear a lot about it next summer.

13) Gabriel Guerrero, OF, Grade C+: Vlad Guerrero's nephew tore up the
Dominican Summer League, looked good in three weeks of rookie ball, and
offers a similar package of tools to his uncle. That doesn't mean he will
become his uncle, of course; bloodlines only take you so far (ask Preston
Mattingly), but his upside clearly bears watching.

14) Patrick Kivlehan, 3B, Grade C+: Played four years of football at Rutgers,
but despite years of rust he thrived when he went back to the diamond last
spring, then hit .301/.373/.511 in the Northwest League. He strikes out a lot
and is understandably raw for a college guy.

16) Julio Morban, OF, Grade C+: Cal League "breakouts" can't be fully
trusted, especially at High Desert, but Morban looks like the best of the
batch of power-hitting Latin American outfielders with bad plate discipline
that the Mariners spent a lot of money on over the last few years.

The major league team isn't winning, but the minor league system is filled
with talent of all varieties and help will be arriving soon.

On the pitching side, you have Walker, Paxton, and the enigmatic Hultzen
leading the pack, with Maurer not far behind. You also have fireballing
relievers Capps and Pryor who are ready now, plus more bullpen arms on the
way backing up the starters. Although I wouldn't count on any of the starters
being fully ready until 2014, few systems have this many potential starting
pitchers this close to being ready for the majors. Victor Sanchez and Luis
Gohara provide additional long-term upside arms as the Mariners maintain
their emphasis on Latin American talent

That focus has worked well for them on the pitching side, but hitting has
been weaker as many of their Latin American imports (Carlos Peguero, Carlos
Triunfel, Guillermo Pimentel, Phillips Castillo, plus Francisco Martinez and
Johermyn Chavez acquired in trades) have failed to thrive. This seems like a
systemic problem. Fortunately, they have drafted well and bats like Mike
Zunino, Stefen Romero, Nick Franklin and Brad Miller will be ready within the
next year. And there is plenty of material at the middle and lower levels of
the system, both in terms of future role players and potential regulars.

Everyone always mentions the problems caused by the extreme hitting
environment in High Desert, but that isn't just a matter of statistical
distortions. Some hitters have developed bad habits with their swings that
don't work well at higher levels, and it certainly doesn't do a lot for the
confidence of pitchers. That said, any pitcher who survives in that
environment, let alone thrives, is someone to watch carefully even if they
don't have great scouting reports.

Overall, despite player development issues that need to be looked at, this is clearly one of the deepest, richest farm organizations in baseball. 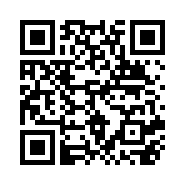